In the year 2014, Pennsylvania suffered a large budget gap. Faced with an impending financial challenge, the legislature convened to find ways to increase state revenue. In an effort to reduce the budget deficit, the state took steps to tinker with their unclaimed property laws. They shortened dormancy periods for long-term hold investments and savings — such as bank accounts, securities, mutual funds, annuities, IRAs, etc. — from five years to three years.

Simultaneously, state officials began to put additional pressure on the financial institutions holding these now dormant accounts to turn them over to the State. The result of this was an enormous and sudden influx of funds from thousands of accounts suddenly seized from their account holders and turned over to fill the State’s gaping budget gap. “Pennsylvania raked in hundreds of millions of dollars in additional money and closed the hole in its budget. But the changes raised questions among critics who point out a simple truth about the money: It doesn’t belong to the state,” says Susan Baldrige, an investigative journalist for a Pennsylvanian online newspaper. Her recently released article on this move by the state offers candid views of the situation, and can be read here.

By shortening the dormancy period and increasing pressure on the financial institutions holding the funds, the state has exponentially increased the amount of accounts that will be deemed unclaimed. They’ve effectively lined their pockets with unclaimed property that does not belong to them.

This action spells trouble for all account holders— and not only those that have had their accounts seized due to accounts turning over into a dormancy.

Dormancy is the period of time when the owner has not initiated any account activity; such as withdrawals or trades. Automatic deposits are generally not considered to be activity. Owners of long term investments and savings accounts are typically setting these funds aside for retirement and often do not interact with them for long periods of time. Once funds escheat to the state they are more difficult to recover, they may no longer generate interest income, securities may be sold without notice, and adverse tax consequences may occur.

States justify shortening dormancy periods on the premise that the trail leading back to the owner will be not be cold.  This may have been a reasonable justification prior to the digital age when dormancy periods were 7, 10 or 15 years – but not in this day and age.

What is certain is that more property that is not lost or forgotten is being swept into government coffers subjecting unsuspecting owners to a bureaucratic ordeal which legislators should be doing everything possible to avoid subjecting their constituents to.

When the length of a dormancy period is shortened, it significantly increases the likelihood of an account entering into dormancy and being seized by the State.

Below is a list of the types of accounts that are adversely affected by shortening dormancy periods because they often represent long terms investments or savings which do not warrant regular interaction on the part of the account owner.

Such accounts typically see little or no activity over lengthy periods of time as owners either leave them alone to appreciate in value, or continue to auto-deposit into the accounts. Unfortunately, deposits are not considered interaction between the account holder and financial institution holding the account. Unless those account holders are notified of the changes to dormancy periods, many will find their IRA’s, savings, and investment accounts have been turned over to the State. 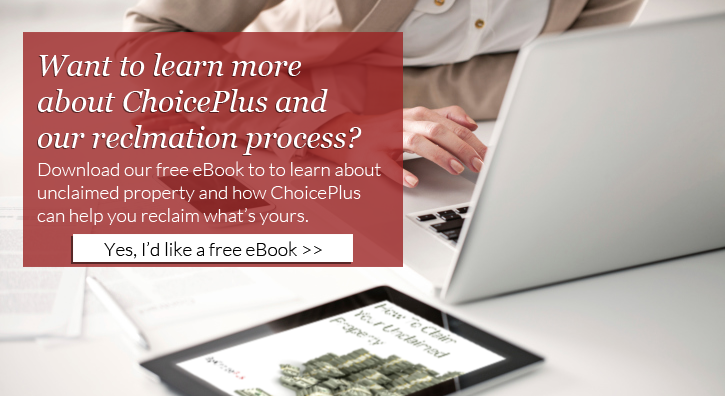 Unclaimed property laws were established to protect consumers from private and public entities that were quietly using dormant funds and interpreting laws adverse to the interests of the owner.  Now the question is; are states taking similar actions that are adverse to consumer protection?

California state Controller Steve Westly on unclaimed property held at the state: it's regrettable that lawmakers don't give the controller's office more resources to return escheated funds to their rightful owners.

He continued, "If you were sitting on an extra $4.8 billion in other people's money, would you be in a hurry to give it back?" ("Escheated funds may be yours" by David Lazarus for The San Francisco Chronicle, December 17, 2006)